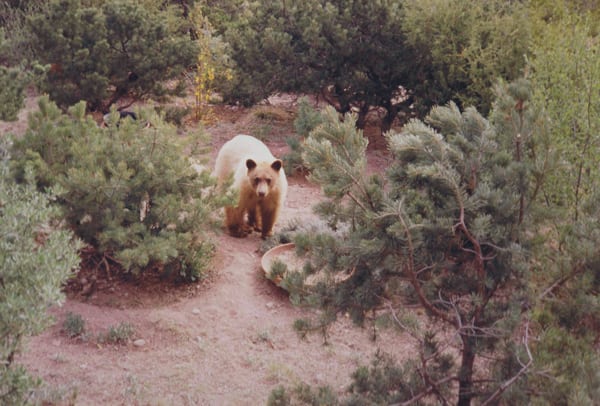 (Photo of an American black bear by Alton Packard north of Santa Fe, New Mexico. You’ll notice its fur isn’t black. Sometimes American black bears, the common name for the Ursus americanus bear species, have black fur, sometimes brown, and sometimes they’re cinnamon-colored. This is not particularly helpful when you’re trying to determine whether you’re facing a black bear or brown bear. A brown bear is the common name for Ursus arctos, of which the grizzly bear is a subspecies, Ursus arctos horriblis. And that identification helps decide whether a runner should play dead or fight back if the bear attacks. More on that soon.)

Tune into the Forward Motion Festival from 4/17-24.