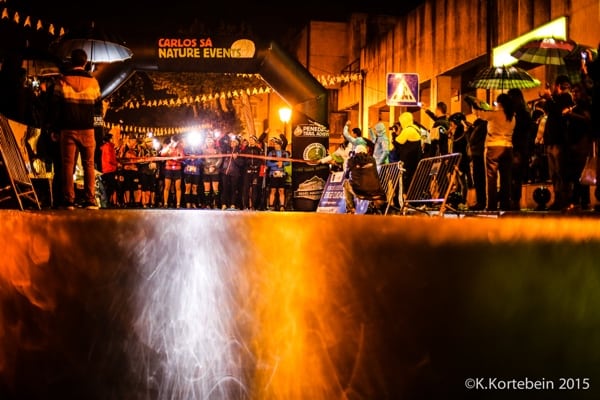 Runners gather at the starting line of the PGTA’s night stage. The day’s 15 kilometers kicked off at 9:00 pm, and unsurprisingly, included a lot of rain. For those competing in the four-stage race, this was their first stage. This meant that instead of just 35 competitors (those participating in the eight-stage race) taking part in the night stage, there were over 400 runners. “It almost feels like I just arrived, and started running a totally different race,” said one eight-stage competitor of the change in numbers. “It’s cool.”